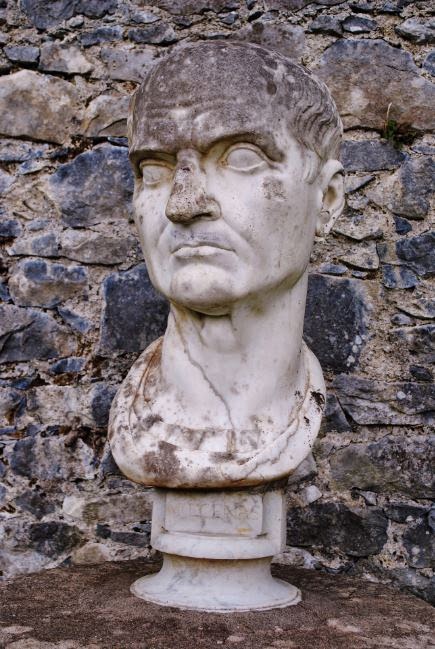 In the gardens of Coole Park In Galway, Ireland can be found the large bust of Maecenas, a statesman and a distinguished patron of the arts in Ancient Rome. He is one of the few objects that remain at Coole that has a direct connection with Lady Augusta Gregory, its former owner. The bust was brought to Coole from Italy early in the nineteenth century and was placed in the stables before a place could be found to display it. Coole Park in Galway was the home of Lady Augusta Gregory who will forever be associated with the poet W.B. Yeats and the literary revival movement in Ireland in the early twentieth century. Another key person in this movement was Edward Martyn, who helped found the Abbey Theatre. He lived nearby in Tulira Castle, which unlike Coole still survives today. Edward was initially a friend of Lady Gregory’s husband but after the death of Sir William Gregory, Augusta felt as if she had inherited Edward who was known to be very set in his ways. Lady Gregory had an association with another local Galway estate, as she was an aunt to John Shawe Taylor who lived at nearby Castle Taylor in Ardrahan which survives today only as a ruin. Coole Park was built in the late 1700's in the Georgian style by Robert Gregory. 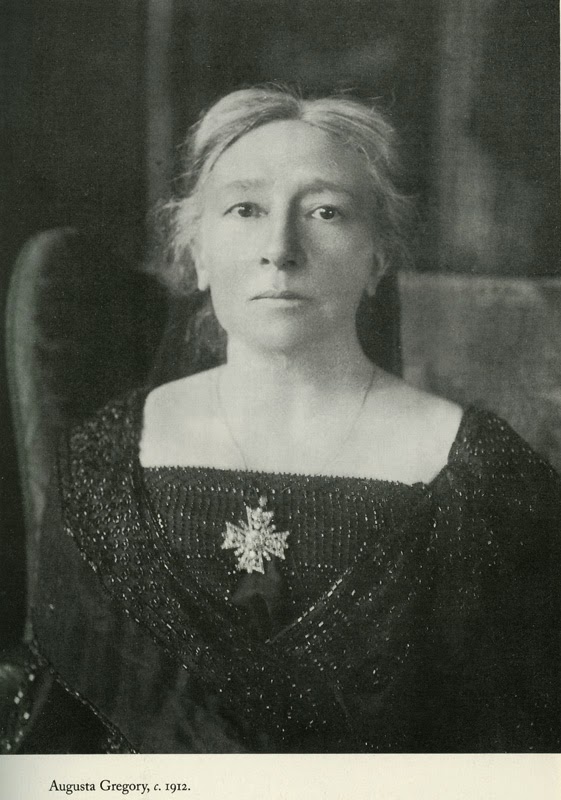 After its time in the stables, the bust of Maecenas was displayed in the bathroom of Coole. Lady Gregory said she grew tired of him in the house and one day it was decided that it would be more suitable if the bust was placed in the grounds. It took four men to carry the bust to the walled garden where it was placed in the pet cemetery before deciding to place it against the east wall. Lady Gregory recorded that ‘ The sun….shines with special warmth as it seems on the colossal marble bust of Macaenas (sic) at the end of the flower bordered gravel walk. Kiltartan tradition says this image was carried across Europe  on wagons  drawn by oxen; but it likely the width of the land between its birthplace and an Italian seaport is a truer measure of its journey; and I know not from what harbour in Ireland it was carried to its resting place here’. 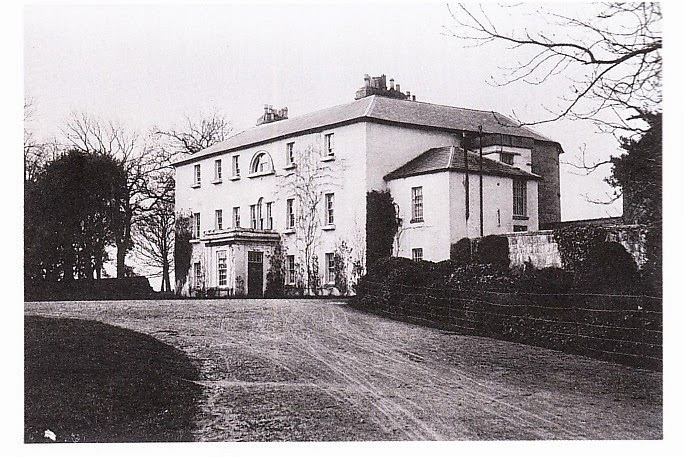 Coole Park in Galway in 1887, the home of Lady Gregory which was demolished in 1941


After the death of Augusta’s much older husband in 1892, the estate was held in trust for their son Robert. He was a pilot but was killed in 1918 during the First World War. He had married and his young son Richard became heir to the estate. Lady Gregory tried to maintain Coole Park for her grandson until he came of age but costs were rising as Lady Gregory’s income was falling. Coole Park was eventually sold to the Irish State in 1927 but under an agreement Lady Gregory remained there until her death in 1932. The house stood empty for a number of years and was then sold to a building contractor who demolished it for its materials in 1941. Today nothing of the big house at Coole Park remains but its gardens and outbuildings have been restored. One of the stable buildings contains a museum relating to the history of the estate and Lady Gregory.
Posted by David Hicks at 13:01