Oscar Wilde's house is up for sale

The home of Oscar Wilde, wit and playwright is coming to the market. In this tall, red brick house in Tite Street, Chelsea, he wrote all his most famous plays, became a fin-de-siècle celebrity and faced his spectacular downfall. He moved here during 1884 with his new wife, Constance, when the street was distinctly bohemian, full of painters and writers. Today it is among the most expensive addresses in the country.  Wilde also comissioned Edard Godwin to design the interiors of the house. Godwin designed Dromore Castle in Limerick and Wynne sCastle in Kerry which is featured in my forth coming book - 'Irish Country Houses- A Chronicle of Change'
In a buttercup-yellow room on the ground floor, Wilde sharpened his wit and wrote his scandalous novel The Picture of Dorian Grey, and plays including Lady Windermere’s Fan, A Woman of No Importance, An Ideal Husband and The Importance of Being Earnest. Passers-by are made aware of the history within by a blue plaque on the exterior. The same ground floor, now a flat with one big bedroom, scrubbed oak floors and high ceilings, is for sale for £1.295 million

He commissioned the architect Edward Godwin and the artist Whistler to help him with the interiors of his new home, to put what he preached into practice.
“I have,” he wrote, “a dining room done in different shades of white, with white cushions embroidered in yellow silk: the effect is absolutely delightful and the room beautiful.” His study was full of oriental divans, Japanese prints and other Eastern touches, though he used this for smoking rather than writing in. He wrote downstairs at the front of the house in a yellow room with red-lacquered woodwork, a statue of Hermes beside him and pictures by Monticelli and Simeon Solomon.
The drawing room décor had more of a woman’s touch from Constance, with a ceiling of blue, painted with dragons, two brilliant peacock feathers set in the plaster, blue and white William Morris curtains, black and white bamboo chairs, and Whistler’s Venetian studies on the walls.
Posted by David Hicks at 06:39 No comments: 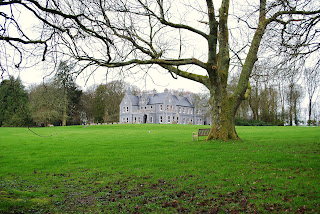 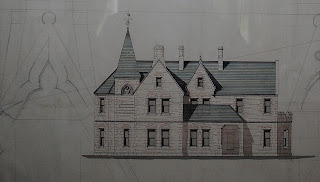 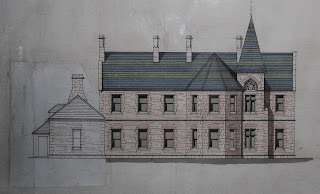 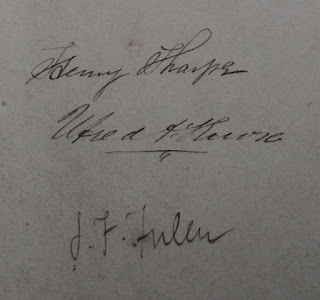 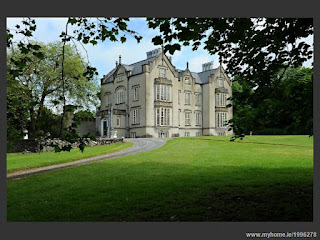 Quinville Abbey, County Clare is currently for sale for €2.5 million please find a link to this wonderful building below, this would certainly be the top of my shopping list if my number come up on the lotto tonight.

This was the home of the Singleton Family. John Singleton, built Quinville and after some years commissioned it to be redesigned in 1830 by the Pain brothers, two innovative architects who had designed nearby Dromoland Castle for Lord Inchiquin. An 18th century house, Lewis writes that it was rebuilt in the early 19th century in the Elizabethean style, home of the Singleton family. In 1906 Quinville was in the possession of James Butler Ievers. The property was bought by the McCausland family of Drenagh, county Derry in the 20th century. In the late 1990s the house was undergoing a major restoration by the owners, the Houlihan family who offered it for sale in 2012.

Email ThisBlogThis!Share to TwitterShare to FacebookShare to Pinterest
Its getting exciting now here is a link to my book on Amazon and the Collins Press website, its going to be printed soon and is due to be on the shelves on the 30th September 2012.