The Haunted House on the Hill? 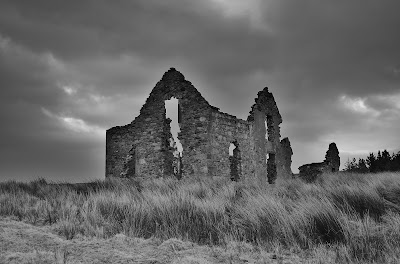 Picture ( above)  Copyright ICHC
Situated in the Townland of Crowagh or Dunneill Mountain near Lough Easky in Co. Sligo, can be found the remains of a structure now known as Cooper’s Lodge but was once known as Croagh Lodge. This shooting lodge appears on the 1837 OS Map and was owned by the wealthy and powerful Cooper Family of Markree Castle in Co. Sligo, hence it became known as Cooper's Lodge. All that remains today of this building are its bedraggled gables that are in a state of gradual collapse in the stark setting of the surrounding bog land. There are long forgotten stories associated with these ruins that have now come to light since I became aware of this building a number of weeks ago. Cooper’s Lodge was once home to a number of game keepers over the years who were in the employment of the Cooper family, including one unfortunate individual who met a violent end in 1880. Is this the restless spirit that supposedly haunts these ruins and is this the reason for which this house was abandoned? 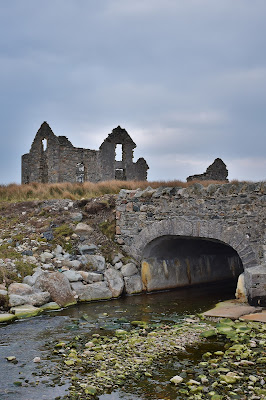 Picture ( above)  Copyright ICHC
In 1869, it was reported that Colonel Cooper’s game keeper, William Nichol, shot a fine female golden eagle on Dunowl Mountain near Lough Easky in Sligo with one charge of No. 06 shot. The bird measured seven and a half feet from tip to tip of its wings and it was said to be the largest of its kind that had ever been seen in the area. William Nichol and his family lived nearby at Croagh Lodge, known locally as Cooper’s Lodge, which they maintained for use by Colonel Cooper of Markree and his guests.  A number of years later, in 1880, William Nichol’s name would again appear in the headlines of the local newspaper, however on this occasion, William would be one that would die at the hands of another. On St. Patrick’s Day in 1880, William Nichol was assaulted by persons unknown and the injuries inflicted were so severe that he died a number of days later on the 23rd of March. He had been found lying on the road leading to Dromore West having been severely beaten, he was removed to the nearest Constabulary Barracks and was then moved to the hospital located in the nearby workhouse. William’s death certificate recorded that he was aged 60 and had died as a result of ‘violence with several injuries’ and ‘inflammation of the brain’. A reward of £200 was offered for any information on the attack on William but none was forthcoming. 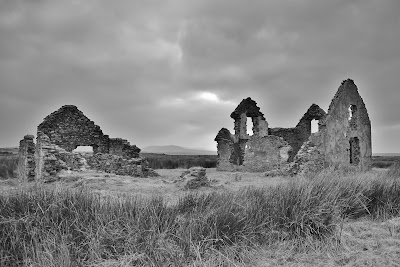 Picture ( above)  Copyright ICHC
William’s widow Anne and their son aged 17, also named William, applied to the Grand Jury of Sligo for compensation of £250 for the suspicious death of the head of the Nichol Family. It is said a number of years before the murder there been a dispute over land. Former tenants blamed William for their land being taken from them and resentment had been brewing over the intervening years. It was reported at the time that ‘It was Nichol who advised the Colonel to take in the plantation. I heard he incautiously said he would take in the whole valley’. Another possible explanation for the attack on William is he was alleged to have passed information to the police about illicit poteen distilleries in the proximity of the shooting lodge. In October 1882, an application for compensation was made to the Lord Lieutenant by Anne Nichol. As part of this process, William and Anne’s children were named as Matthew, Alexander, William, Charles, Mary and Jane. As part of the application, it was said that William was murdered from being beaten by a party of men and as a result of the injuries he sustained, he died a number of days later. It is also recorded that he had been murdered as a result of an ‘unlawful association’ but this is never elaborated on. The Lord Lieutenant intended to open an investigation into the murder within one week of the application however it did not result in any conviction. During the application for compensation held in Tubbercurry in 1883, it was noted that William, as Colonel Cooper’s gamekeeper, was paid €140 per annum and had the use of Croagh Lodge. His widow Anne was eventually awarded £700 for the wrongful death of her husband which was payable by the Barony of Tireragh however no one was brought to justice for the murder of William Nichol. 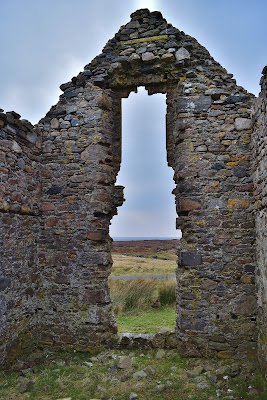 Picture ( above)  Copyright ICHC
At  the time of the 1901 census there is a house listed in the townland of Crowagh as having nine windows in its entrance front, nine rooms in its interior and a slate roof. This is most definitely Cooper’s Lodge as it is listed as being owned by The Right Honorable Edward Henry Cooper of Markree Castle, in Co. Sligo.  In 1901, the game keeper in residence was Robert Walton Winters aged 46, a Presbyterian, born in Sligo who could speak both Irish and English. He was married to Isabella aged 36, a house keeper born in Sligo and also resident in the lodge was Francis Mc Hugh, aged 18, a Roman Catholic, born in Sligo and who was listed as being a servant. The owner of the lodge was Lieutenant Colonel, the Right Honorable Edward Henry Cooper who died soon after the census being carried out on the 26th February 1902 aged 74. He had been Lord Lieutenant for Sligo, was late of the 7th Hussars, Grenadier Guards and had been a Member of Parliament for Sligo from 1865. Among the many bequests in his will was £2,000 to be kept in trust for the repair and maintenance of the observatory at Markree Castle. 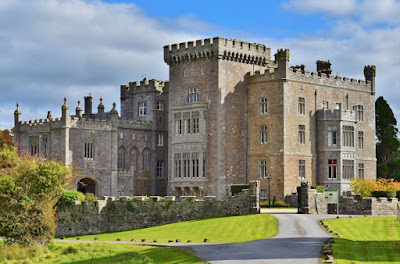 By 1911, the house was now owned by Captain Byran Ricco Cooper, the grandson of Edward Henry Cooper, the house is recorded as having eight out offices, ten windows in its entrance front and ten rooms in its interior. Byran had inherited the impressive Markree Castle in Co. Sligo, which according to the 1901 census had 104 rooms, sat in a demesne of a 1,000 acres in addition to a deer park of 200 acres surrounded by estate lands that extended to 30,000 acres. The more modest shooting lodge near Lough Easky at this time was home to Nathan Campbell, aged 51 from Donegal, a gamekeeper and his wife Anna Selina aged 48 from Cork who have been married for 23 years. They had six children but only five are living in 1911. Four sons are present in the house at the time of the census, Robert Cecil aged 17, Richard Maxwell aged 17, Frederick James aged 15 and Nathan Percival aged 8. The two elder sons were born in Mayo while the younger pair were born in Sligo. The name of the house being Croagh Lodge is confirmed from an advertisement that appeared in 1907, when Nathan Campbell was selling his pony, harness and trap and it mentioned that these can be viewed at ‘Croagh Lodge’ 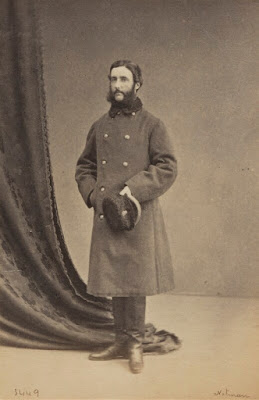 Lieutenant Colonel, the Right Honorable Edward Henry Cooper
who was the owner of the lodge in 1901.
Picture ( above)  Copyright The National Portrait Gallery, London

Major Bryan Ricco Cooper died at his residence in 1930 in Dalkey, Co. Dublin, the exotically named Khyber Pass. He was born in India in 1884, the son of Major F.E. Cooper and the grandson of Col. Edward Henry Cooper. He was educated at Eton and Woolwich, he became Second Lieutenant in the Royal Field Artillery in 1903. In 1905, he resigned and was gazetted to the Duke of Connaught’s own Sligo Militia as Captain. In 1914, he resigned and was gazetted as Captain to the 5th Battalion of the Connaught Rangers. In 1910 he was elected as a Unionist M.P. for South County Dublin, he was a Deputy Lieutenant and High Sheriff for Sligo while also becoming Press Censor in 1919. In 1923, he was returned to the Dail as an Independent candidate for Dublin and again in 1927. A marriage in 1910 produced four children but ended in divorce in 1920. Bryan died at the young age of 46 in 1930 and after bequests were made, the residue of his estate passed to his son, Edward F. Cooper. 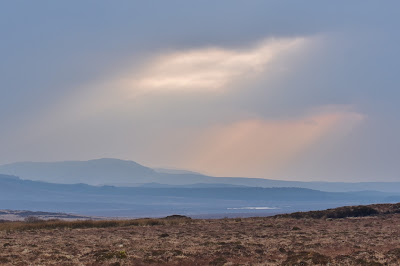 The remains of Cooper's Lodge are found in the
isolated bog land near Lough Easky in Co. Sligo
Picture ( above)  Copyright ICHC

In December 1938, a young girl, named Maggie Ann Mullarky, recorded a story told to her by her grandfather about the lodge being haunted. What is interesting about this story is that it mentions that the lodge is in ruins at this time. Newspaper reports from the 1930’s may provide a reason why the idea of the house being haunted was promoted. At various times, people were arrested for keeping poteen stills near the house which was then referred to as ‘Byran Cooper’s famous shooting lodge’. Tales of a ghost would have kept curious onlookers away from the house and left those distilling there undisturbed.  In 1939 another individual was arrested for unlawful distilling and he was found ‘near an old shooting lodge on the mountain’. Markree Castle has recently passed out of the ownership of the Cooper family and their former shooting lodge outside Dromore West will soon cease to exist. The few weather beaten walls still standing, bear little testament to the local civil unrest nearly 140 years ago that resulted in the death of William Nichol. 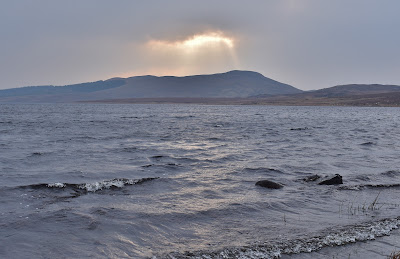