The Mansions of ‘The Great Gatsby’ 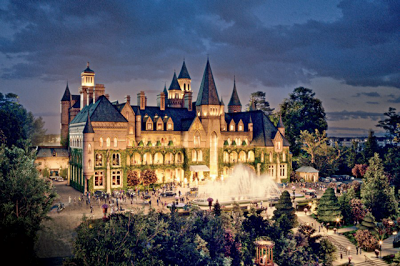 The Gatsby Mansion as it appears in the 2013 film

This week seen the release of Baz Luhrmann’s new and reimagined version of the ‘The Great Gatsby’.  Well, Mr Luhrmann is certainly a great artist but possibly not a great director. His wife, Catherine Martin who was the Production Designer has done another wonderful job but I have to admit I felt the whole affair felt a bit flat. The reliance on special effects and the use of the green screen made their interpretation of the world of Gatsby feel highly artificial. In the novel written by F. Scott Fitzgerald, the mansions of Gatsby and Daisy Buchanan are located in the privileged fictional hamlets of “East Egg” and “West Egg”. These sprawling mansions are located directly across the bay from each other on Long Island, New York. However the bay separated two similar but completely different worlds. East Egg is considered “old money” territory for the likes of Daisy Buchanan and her continuously unfaithful husband Tom, whilst newly rich Jay Gatsby’s home is in West Egg which is considered the land of the nouveau riche.
The Gatsby mansion depicted in this new film is an awesome creation however one can tell from the start that it isn’t a real house. Despite the best efforts of the graphics department you are never truly convinced that this building could have existed. The exterior of the Gatsby mansion in reality was a section of a disused seminary near Sydney, where as you can see from the photos, this building took a lot of computer trickery to transform it in to what we see on screen. One wonders what was the thinking behind the selection of this location? it looks nothing like the final building that we see on screen. 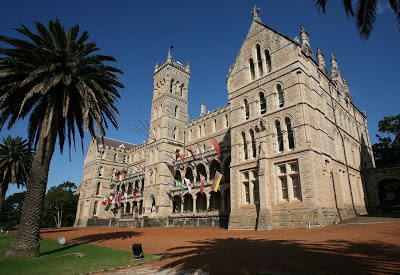 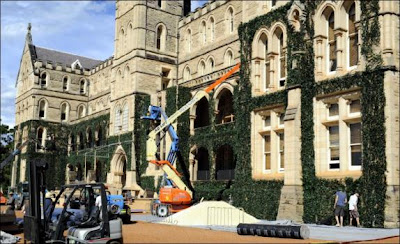 For the exterior shots of Gatsby’s estate, the Gothic Revival building of the former St. Patrick’s Seminary in Sydney had faux ivy applied to the first two floors and a temporary fountain constructed in the courtyard; plus, in postproduction, soaring turrets were added digitally. This technique was used as the production was filmed in Australia which would not have the same ostentatious 1920’s architectural heritage which would survive in the United States. It is sad that they didn’t use Oheka Castle in the US which appears to have been purpose built as the film set for this film.

A financier and philanthropist Otto Hermann Kahn built Oheka Castle in the middle of a 443 acre plot on the highest point on Long Island in Cold Spring Harbour, for an estimated cost of $11 million dollars ($110 million dollars in today’s currency). At the time of its construction, the French-style chateau was, and still is today, the second-largest private residence ever built in America. During the Gilded Age of the 1920’s, Kahn used the 109,000 square foot, 127 room estate as a summer home where he hosted lavish parties and regularly entertained royalty, heads of state, and Hollywood stars. This mansion which still survives today is now a popular wedding venue and hotel would have been the perfect setting for the film and would have lent the production the touch of authenticity it lacks. 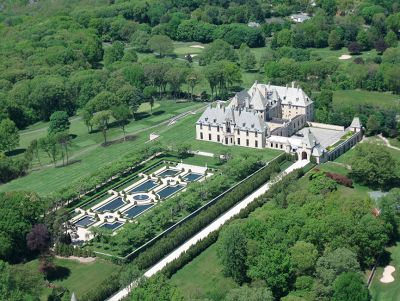 All the sets seems overblown and lacking credibility, for all the talk about the size and grandeur of the Gatsby mansion we actually see very little of its interior.  Catherine Martin, the Production Designer, oversaw the 42 individual sets which were created in and around Sydney, both on location and on soundstages. It took her team 14 weeks just to build, paint, and decorate Gatsby’s mansion, which called for a grand ballroom, library, master bedroom, entrance hall, and terrace, as well as a garden. 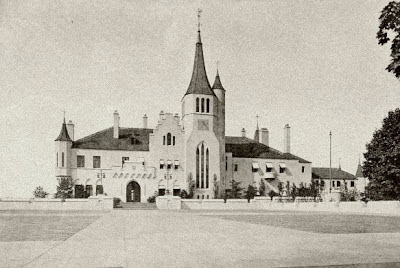 The inspiration for the house in the novel and this year’s film was Beacon Towers, a fantastical house which was demolished in the 1940s. One of the most amazing mansions ever built on Long Island was the residence of William K. Vanderbilt, Jr's mother, Alva Vanderbilt Belmont. One can see the influence of this building on the mansion that we see on the screen however it appears the terrace and gardens came from Oheka. 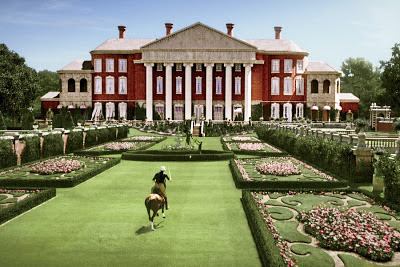 The Buchanan Mansion as it appears in the film

Daisy Buchanan, Gatsby’s love interest lives across the bay in another architectural monstrosity, which despite being described as ‘old money’ the mansion looks in the 2013 movie that most of the furnishing and props, were purchased yesterday. Yet another opportunity was lost as surely there must be an elaborate mansion somewhere that could have stood in for the Buchanan homestead. Again the architecture of this house is so exaggerated and smacks of a computer generated model that its tests the gullibility of the viewer. The house is depicted as Georgian redbrick manor with a monstrous portico and curved side wings. Again the Production Design department’s inspiration was a house called Westbury Gardens in New York which obviously wasn’t grandiose enough to be used in the film. 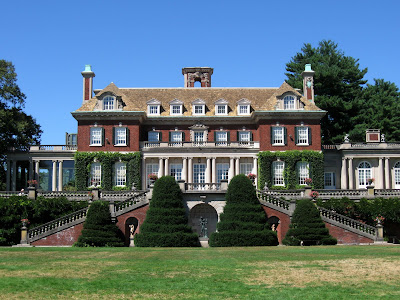 The real house that inspired the Buchanan home was demolished in 2011 and as you can see from the pictures the real house was a simpler affair. ‘Land’s End’, the grand colonial mansion was torn down as it cost $4,500 each day to maintain the estate built in 1902. Ironically it was demolished as a former millionaire, made poor by Bernie Madoff, who could no longer afford to pay the taxes on the property. 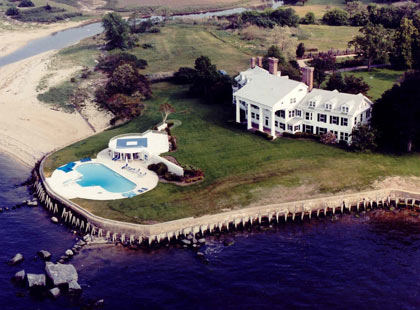 Lands End which was the real inspiration for Daisy's home

The fate of the mansion and the wealth of its owners bears a resemblance to the Wall Street crash that would bring the curtain down on the extravagance of the 1920’s. With a reported budget of over $100 million it is a shame that some of this money wasn’t used on plane tickets to shoot the film on location in the United States. 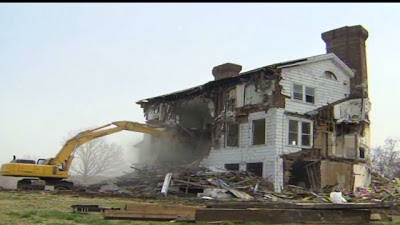 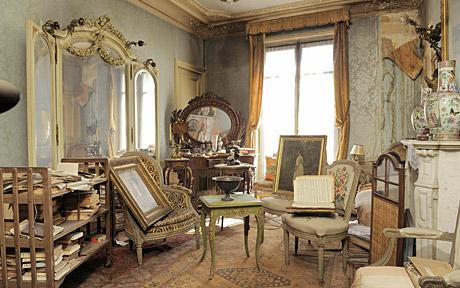 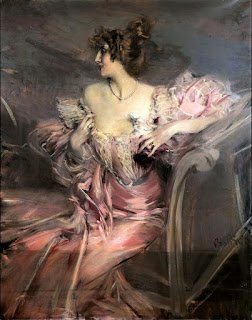 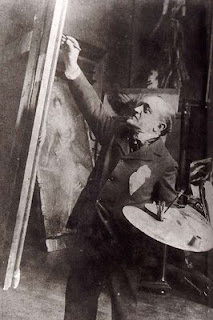 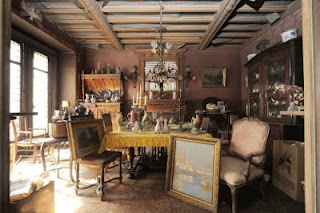 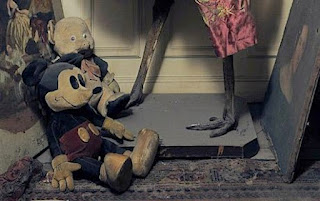