When I was researching the wonderful and sadly now lost, Killarney House, I visited the final home of the Earls of Kenmare which is currently under restoration in Killarney. While both of this house's predecessors are no longer with us, I noticed in the garden, one piece of sculpture that seems to be common to all their homes. As you will see in the pictures below these cherubs appeared to move with the Earls of Kenmare to each of their homes. 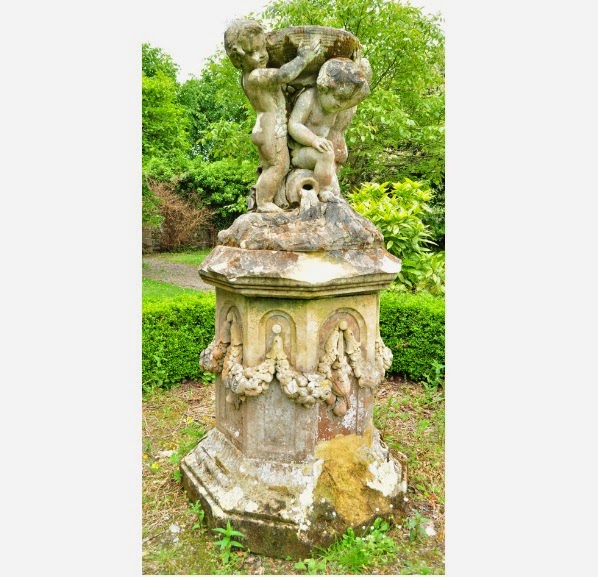 The statue that has stood in the gardens of both Kenmare and Killarney House still survives today but rather like what remains of Kenmare House it shows the scars of age.
(Picture by Ellie Ross) 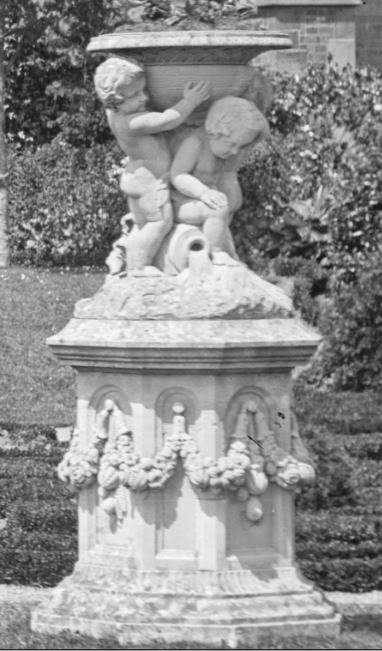 The garden front of Kenmare House which was demolished in the 1870’s after the construction of Killarney House began. Surrounding Kenmare House were extensive formal gardens, the statue  can be seen in the foreground on the left of the picture
(Picture from the collection of the National Library of Ireland) 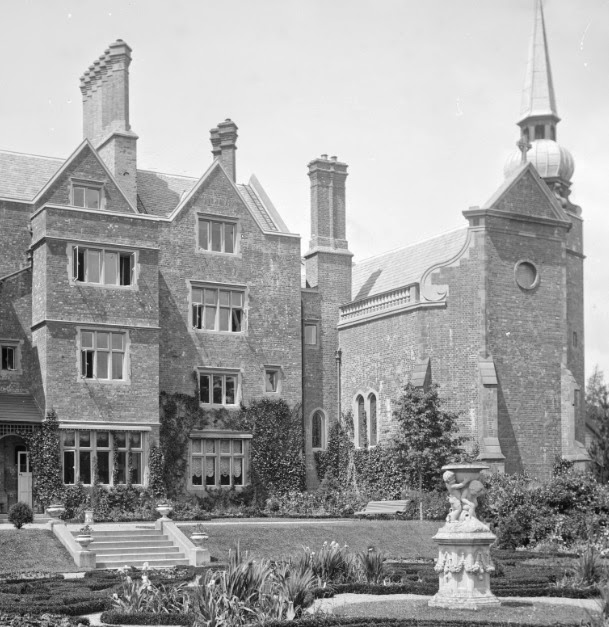 The private family chapel of Killarney House with its spire can be seen on the right in this photograph which provides a spectacular backdrop to the sunken Italian garden. In the foreground is a statue of cherubs that once sat in the gardens around Kenmare House. It was removed from here after this home of the Earls of Kenmare burnt down in 1915.
(Picture from the collection of the National Library of Ireland)

Read about Killarney and Kenmare House in my book 'Irish Country Houses - A Chronicle of Change' available from
http://www.amazon.co.uk/Irish-Country-Houses-Chronicle-Change/dp/184889161X
Posted by David Hicks at 09:48