In the drawing rooms of many Irish country houses stories abound of the night the devil paid a visit. His usual route of escape, upon discovery of his true identity, was via the chimney as a puff of smoke leaving damaged chimney pieces in his wake as a reminder. Many stories have abounded about satanic damage to fireplaces that may owe their true origin to faulty foundations rather than supernatural occurrences. However there is one story that has endured regarding Loftus Hall in Co. Wexford, of course like any tale, it should be prefaced with the words 'Based on a True Story'. 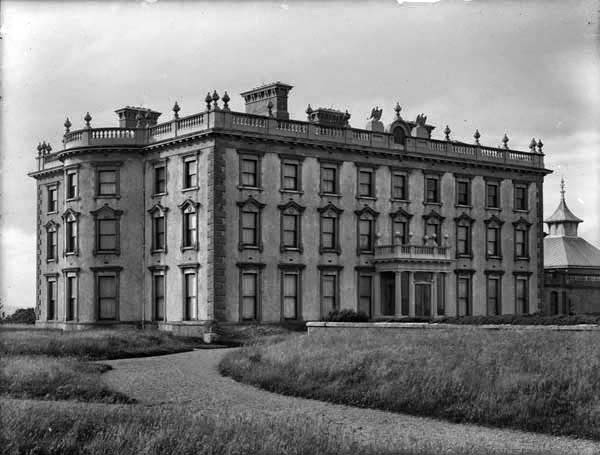 A house existed previously on the site of the current incarnation of Loftus Hall on the Hook Head Peninsula. It was known as Redmond Hall and it was in this house that the story of the visit of a mysterious stranger emanates. The Tottenham family were in residence the early 1770's where, as the result of a storm, a ship deposited a mysterious man on the beach near the house. Redmond Hall being the one of the few houses in this area, the visitor was drawn to the lights from the windows. He made his equiries at the door and was welcomed in by Charles Tottenham. The young man stayed a number of days and a romance seemed to blossom with Charles's daughter Anne. 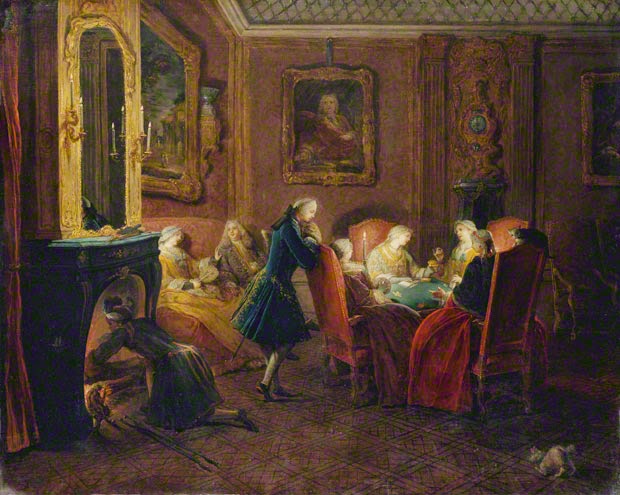 One evening the family and their guest sat down to play cards. During the game Anne dropped her playing cards and leant down to pick them up. She was amused to see that the young man had removed his shoes. However when she glanced at his feet, she was disgusted to see her suitor had hooves. The young man seen Anne's ashen face as she arose from beneath the table, he knew his true identity had been discovered. Anne screamed and the man regained his true form as the devil and then disappeared up through the ceiling in a puff of smoke.  Anne never recovered from the shock of her close encounter with Satan and as a result she had a mental breakdown. Her family confined her to the Tapestry Room and the house became a magnet for supernatural activity. Anne remained in the Tapestry Room for the rest of her life, sitting in a hunched position refused to leave the window for fear that she may miss the return of the stranger from the shore. As a result, by the time of her death in 1775, her bones had become fused in this position. A special coffin had to be made and she was buried in the same position in which she had remained in for most of her life. This fact was confirmed when the Tottenham crypt was opened in the 1940's and Anne's unusual shaped coffin was seen. Despite an exorcism, the house and its replacement continued to be plagued by unexplained occurrences. In later years another tragedy was to occur at Loftus Hall when the second Marquis of Ormonde died on the the beach near the house in sight of his family. He and his family had traveled from Kilkenny Castle to Loftus Hall which he was renting from the Marquess of Ely on the 25th September 1854.

The house that now stands on the Hook peninsula was built in 1870 on the ruins of Redmond Hall by John Henry Wellington Graham Loftus, fourth Marquess of Ely. Loftus Hall was built to celebrate his coming of age, having inherited the estate and the title at the age of eight. The Marquess had another house in Fermanagh called Ely Lodge which he had blown up, also to celebrate his coming of age. It was his intention to rebuild this house  but he spent too much on the new house in Wexford that his project in Fermanagh was never realised. Another reason put forward for blowing up Ely Lodge was to prevent Queen Victoria from making a visit, which seems drastic action to take to avoid an unwanted guest. Loftus Hall in Wexford reputedly stands on the foundations of the earlier seventeenth century house and it is said that both houses had a comparable footprint. The current owners believe that the new house was actually a remodeling of the existing house and incorporates numerous features from Redmond Hall. At the time of the rebuilding the Tapestry Room from the old house now became a billiards-room which continued to plagued by ghostly goings on. In later years the house keeper complained about the ghost of Anne Tottenham,  “Oh! Master George, don't talk about her. Last night she made a horrid noise knocking the billiard balls about'. The design of the new house was influenced by Queen Victoria's Osbourne House on the Isle of Wight, as John's mother, Jane Loftus, the Dowager Marchioness of Ely, was a Lady of the Bedchamber to the Queen . The mansion is deliberately aligned on an axis to maximise the vista over looking the Hook Peninsula. The eagle finials on the roof line are said to be relics from the earlier house and the gateway to the house is said to have been designed by Robert Adam for the first Viscount Loftus of Ely. 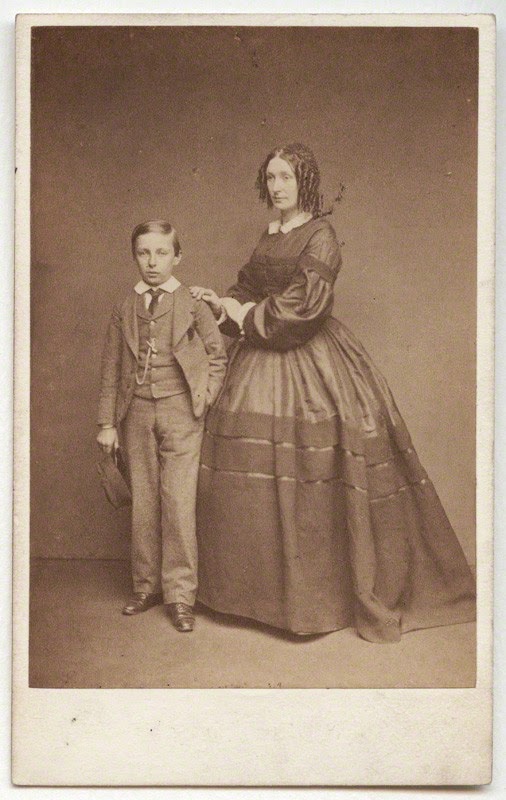 John Henry Wellington Graham Loftus, 4th Marquess of Ely, who built Loftus Hall when he came of age. He is pictured here with his mother, Jane Loftus (née Hope-Vere), Marchioness of Ely who is said to have influenced the design of the house.
Photographed by John & Charles Watkins, published by Mason & Co (Robert Hindry Mason), circa 1860. Copyright the National Portrait Gallery London.

After the death of the fourth Marquess in 1889 and his wife in 1917, Loftus Hall was used as a convent by two different orders of nuns until 1983. After the departure of the holy orders the mansion was successfully  run as a country hotel by the Devereux family until 1991. The mansion stood empty for a number of years and was sold in October 2008 to a Galway based businessman for around €1.7 million. However owing to the owner's personal circumstances, it was put back up for sale in 2011. The local Quigley family purchased the house, mainly for the surrounding agricultural land but soon discovered the true value of the asset at its core, Loftus Hall. While they do not intend to restore the house, they have secured the fabric of the building by sorting out the leaky roof. The current owners have chosen to embrace the house's troubled past and now use it to its advantage. They now provide ghost tours of the house which have attracted crowds of people. However when some ghostly faces were recently pictured at the windows of Loftus Hall, it has now made the house a popular tourist attraction and gained international attention 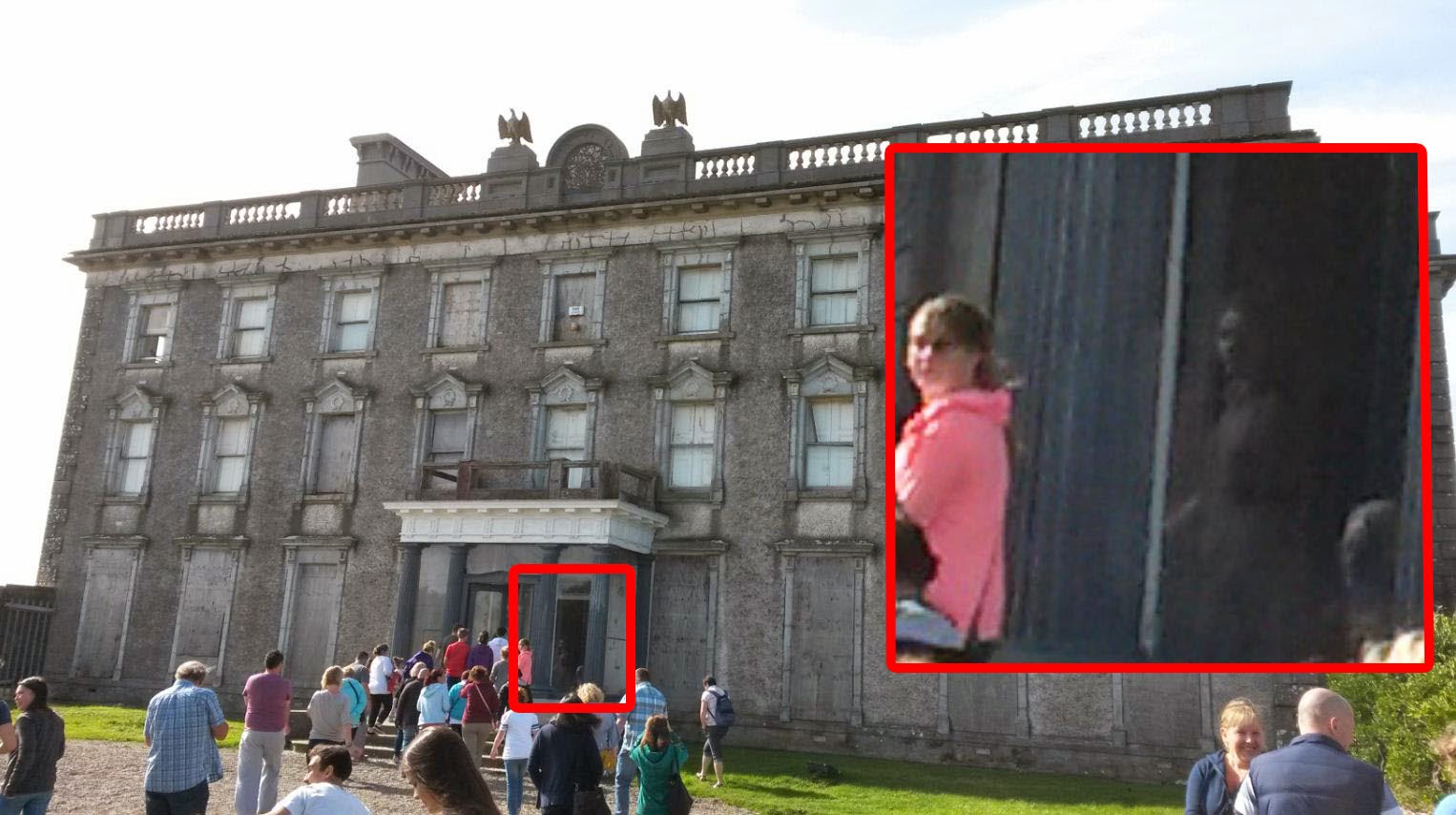 The image of the ghostly residents pictured at Loftus Hall, Co. Wexford.

If you wish to visit Loftus Hall and its ghosts, you can find more details by going to the website below: