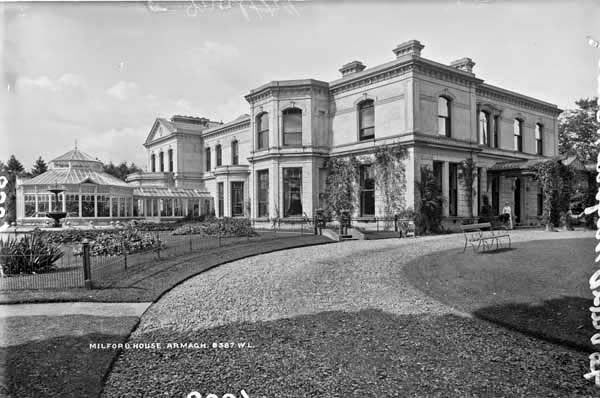 Milford House was the substantial residence the Mc Crum family, who owned the firm Mc Crum Watson and Mercer Ltd - world famous linen manufacturers. The house was built in 1880, and was said to be the first house in Ireland to be lit with hydro-electricity. The house sat at the centre of a forty acre demesne, and the surrounding gardens contained an ornamental lake and a two tiered fountain. The Mc Crum family suffered serious financial losses with the Wall Street Cash in 1929 and as a result in October 1930, Milford House was advertised to let by Probert and Mc Mahon, St. Stephens Green. 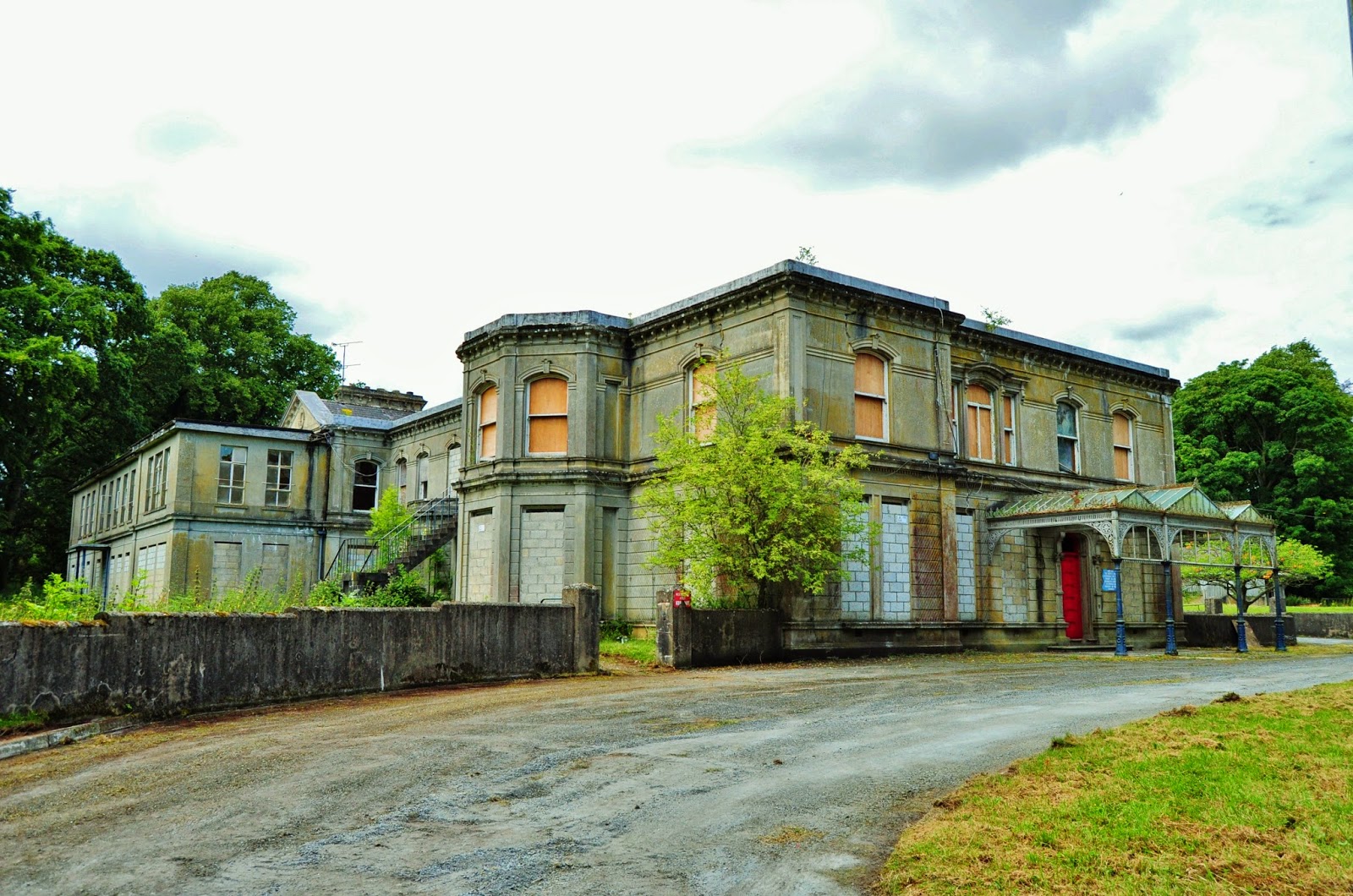 The house was described as a well equipped residence on two floors with electric light, central heating, 4 reception rooms,  8 principle bedrooms, 4 servants rooms, fixed hot and cold basins in all, 8 bathrooms, garden and conservatories, good garage, stabling, cow byre and fowl house.  Later in the month, the valuable furniture and effects of Milford House were offered for sale at Public Auction by the representatives of R.G. Mc Crum to commence on Wednesday 12th November 1930 and continuing until the 15th November. The contents of the dining room, drawing room, morning room, billiard rooms, house keeper’s room, servants hall, kitchen scullery and laundry. Included in the sale were antique furniture, books, paintings, engravings, the contents of 12 bedrooms and the sale was conducted by MA Bell Armagh. 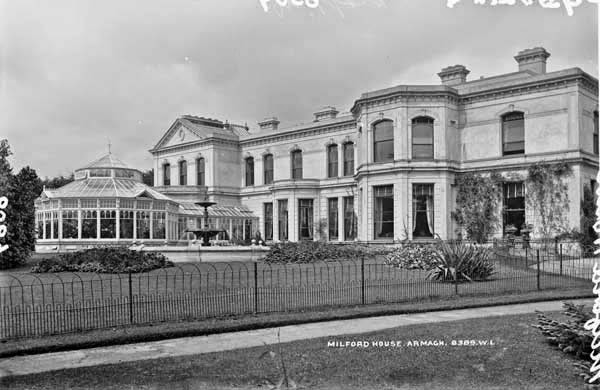 The house was leased, became a school and opened in September 1936. Despite initial dissatisfaction with the property, the school bought the house and estate in 1940 from for £3,000. In June 1964 a new wing was added to the house but by 1966 it was announced that the school would close. 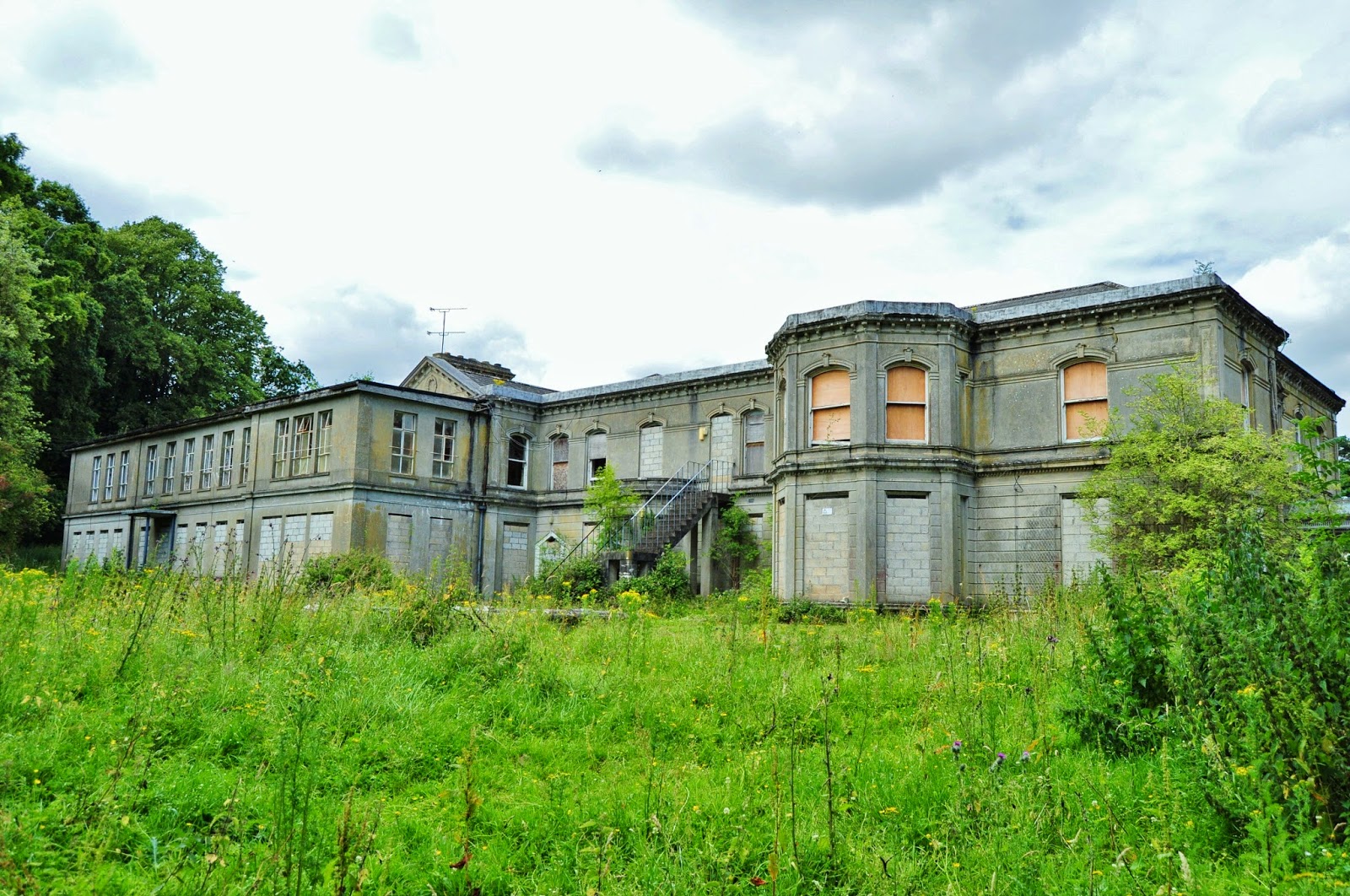 Milford was sold in 1967 to the Northern Ireland Hospital Authority for £22,500 and it became the Manor House Special Care Hospital. In 1984 the lake was drained and piped when two patients nearly drowned and soon after the house became derelict with closure of the hospital in 1988. 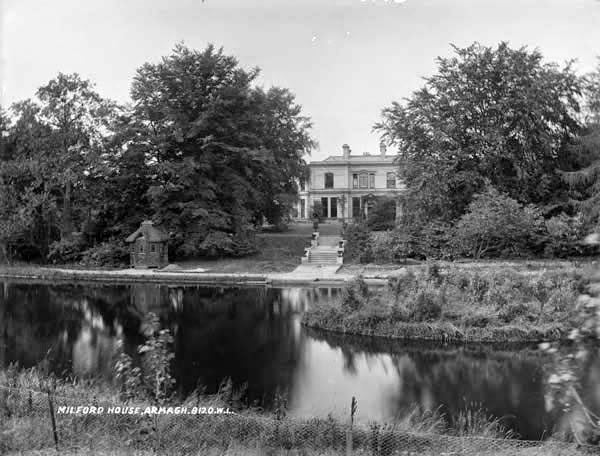 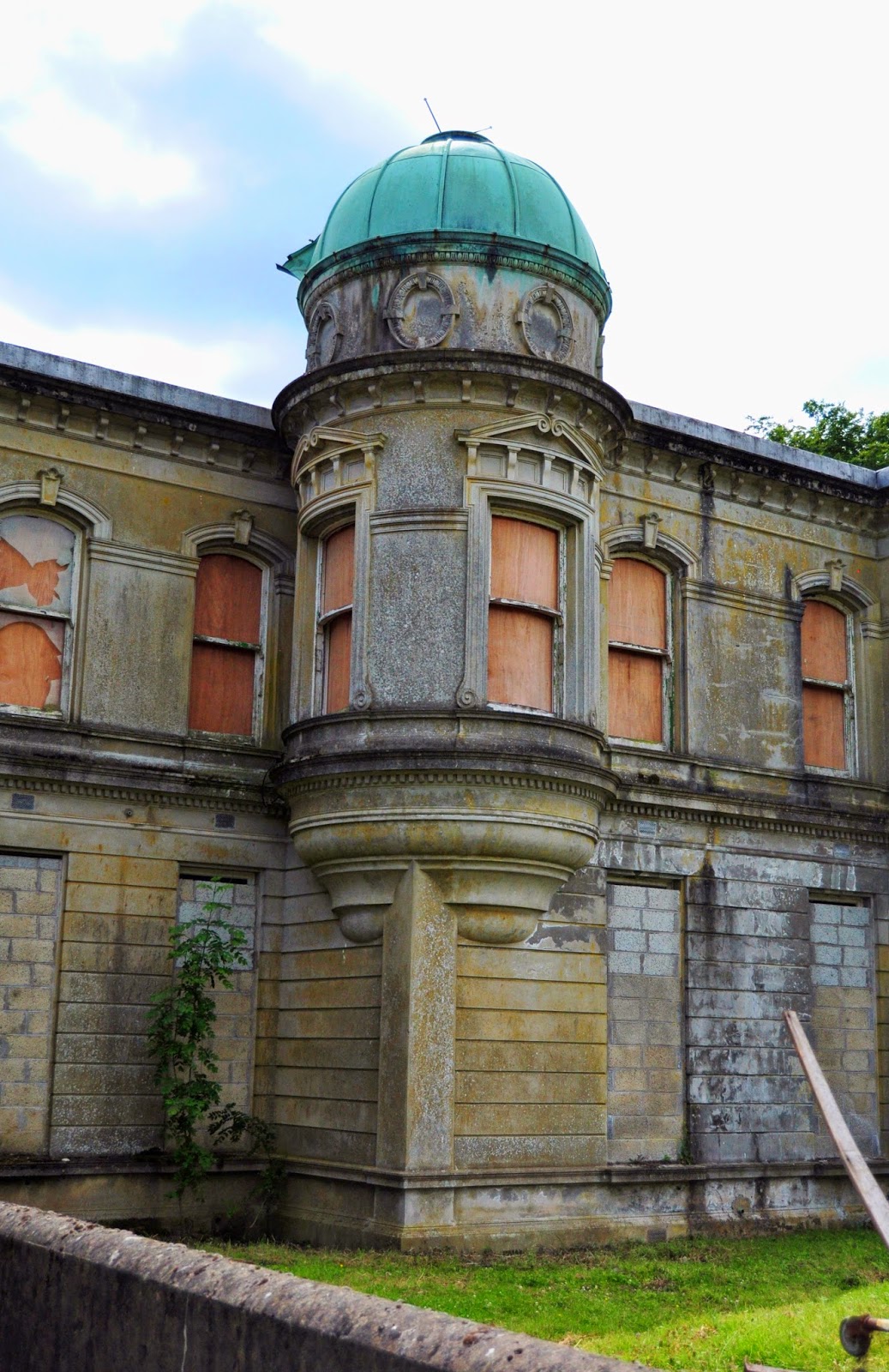