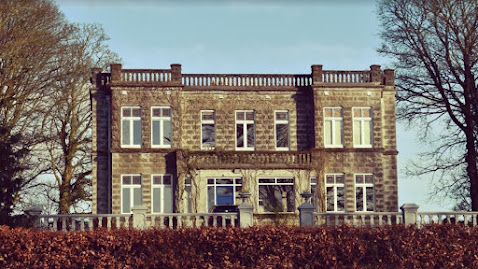 The Episcopal Residence, also known as the Bishop’s Palace in Ballina, Co. Mayo, has for generations been recognised as the home of the Catholic Bishop of Killala. Many believe that this house was built for that sole purpose however it was actually a bespoke luxury home built for a local businessman in the early 1900’s. This house was once known as Highfield which aptly describes its elevated location on Howley Street on the banks of the River Moy. 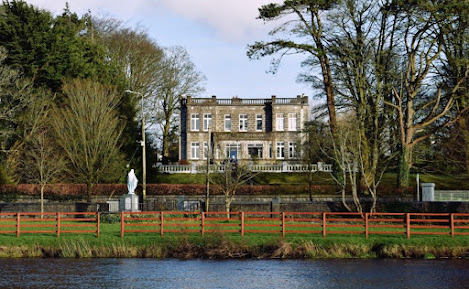 Highfield was built in 1909 for Thomas John Reid, a Presbyterian by faith and owner of the Gas Works on Shambles Street in Ballina. Thomas or T.J., as he was known locally, was born on the 6th February 1872, his father, James was the manager of the gas works. At the time of the 1901 census, Thomas was unmarried and living in a six roomed house on Mill Street in Ballina with his mother, Jane, a widow, and his two sisters Martha and Jessie. Jane Reid died in 1903 and left an estate valued at £335, probate of her estate was granted to John Armstrong (a Jeweller) together with Martha and Jessie Reid, spinsters.  By 1911, Thomas John Reid, aged 39, had married Florence Eleanor Mathews aged 31, the union had produced three children, two daughters Beryl and Phyllis together with a son Robert Ivan. By the time of the 1911 census, the family are living in their new home, Highfield, which extended to fourteen rooms and twenty outbuildings. 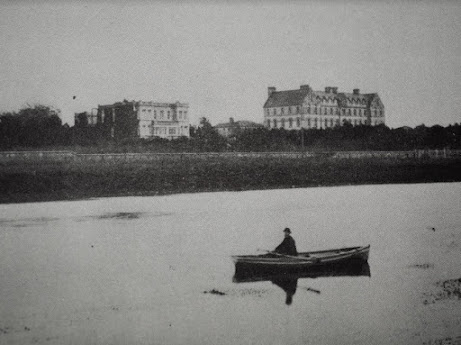 Thomas’s wife whom he married in 1902 was originally Florence Mathews from Manchester, whose father originated from Castlebar. T.J. Reid built Highfield in 1909 to the design of an eminent Manchester architect, however despite his eminence, he remains unnamed. It is interesting to note that T.J. Reid’s wife also hailed from Manchester, so this architect may have been a relative or a business associate of the family. The house had a copper-covered flat roof which is not visible behind the parapet, reflective of the Italianate style popular during the Edwardian period. The construction of the building was carried out under the supervision of the owner who stated that the house was built on gravel subsoil which was overlaid with one foot of concrete and pitch. Over this substructure was laid a floor of thick pitch pine and hardwood. The grounds surrounding the property once extended to 7 acres and included a walled kitchen garden stocked with fruit trees etc. 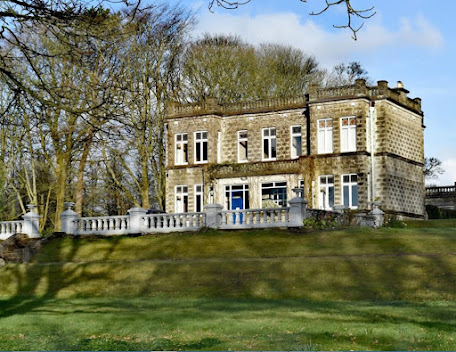 The interior of the house comprised of a large entrance hall, dining room, breakfast room, kitchen and pantry. On the first floor there were two large bedrooms with bay windows to the front of the property and four smaller bedrooms to the rear serviced by a large bathroom. Behind the house there was a courtyard that accommodated the wash house, servant’s w.c., lumber room, dairy and coal house. Adjacent to the courtyard was a walled in yard which contained the coach or motor house, harness room and a large hay shed. Nearby the kitchen garden were cow houses and other outbuildings. The house had many innovations for the time such as copper piping throughout for hot water and inspection boxes were provided for drains which discharged into the nearby river. Gas and water were provided from the town supply and there was a large reservoir for the storage of water. St. Muredach’s College is an impressive building located beside Highfield, it was completed in 1906 having been commissioned by Reverend John Conmy (1843-1911), Bishop of Killala. In January 1917, Mrs. Reid placed an advertisement in The Western People looking for a governess to teach lessons and piano to a ‘little’ girl. In June, 1920, Mrs. Reid was seeking a general cook and a parlour maid highlighting that they would be accommodated in a very comfortable house with high wages. 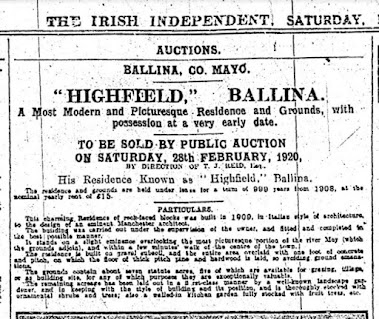 The Reid family’s time at Highfield came to an end after just over one decade, when in February 1920, it was announced that Highfield would be sold by direction of T.J. Reid. It was stated that the residence and grounds were held under a lease of 999 years from the year of 1908, at the yearly rent of £15. By July 1921, the contents of Highfield were sold and several years later in 1927 the house was sold for £4,053.4s.9d to the Diocese to provide a new home for the Bishop of Killala. In today’s terms the sale price would amount to €2.1 million, I would imagine there would be consternation if this happened today however it did happen in a poor West of Ireland parish in the 1920’s. Highfield now became known as the Episcopal Residence, replacing the former home of the Bishop located in Ardnaree which overlooked the town. The first resident of the new Episcopal Residence was Bishop James Naughton, born in 1865 and a native of Ballina. He was appointed Bishop of Killala in November 1911 and was consecrated in Ballina in January 1912.  He died in 1950 and is buried in the grounds of St. Muredach’s Cathedral. The Reid family after their departure from Highfield now took up residence at Carramore House just outside the town of Ballina, following the departure of its former owner, Dr. Vaughan Jackson. 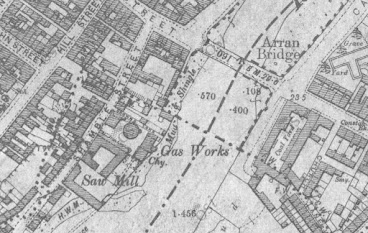 In March 1920, a public meeting was held in the Ulster Minor Hall in Belfast of the newly formed Irish Flax Growers Association to demand immediate ‘’decontrol’’ of the 1919 Irish flax crop in order to provide ‘’a fair living for those that produced it’’. Apparently in 1919, the Irish flax crop was handed over to private firms for less than half its open market value. T.J. Reid from Ballina attended this meeting and was part of a deputation of flax growers from Mayo and Sligo. He spoke at this gathering and said that the long distance that they had travelled was an indication of the ‘measure of the interest which they attached to the new association’’. He finished his address by saying ‘’we will hold our flax until such time as it is free from all control’’. Growers in France and the UK were receiving over £5 a stone whereas the Irish producer received less than £2. T.J. Reid in partnership with St. George Laing had set up the Ballina Flax Mill Company and distributed flax seed at cost to encourage flax growing in the locality by small farmers. The changing and unsettled time in Ireland’s history is made apparent when in October 1920, T.J. Reid claimed £550 for his fishing huts destroyed by fire at Binghamstown. 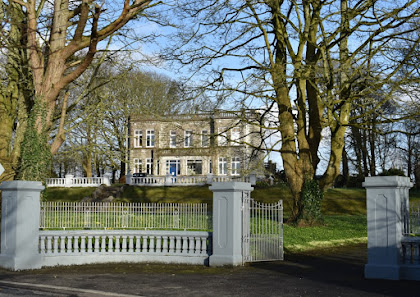 In 1924, T.J. Reid being the owner of the local gas works prepared a paper on ‘’ The Position of the Gas Industry in Ireland, with Special Reference to Electrical Competition ‘’. Mr Reid indicated that during the past decade about a dozen works had been closed as a direct result of wars at home and overseas, industrial strife and unfair competition from electricity. Gasworks that had survived were still suffering difficulties. Possibly, became of this reason, TJ. Reid diversified and in 1930, he was awarded the contract for laying the new town water main costing £13,100 despite the lowest tender being that of another company from Co. Down.

In December 1935, it was announced that the marriage would take place of T.J. Reid’s son, Ivan to Ethel Lenora Brown at Christ Church, Rawalpindi, India. Unfortunately, by February 1936, T.J. Reid died suddenly at his residence Carramore House. He was aged 64 and it was stated at the time that he was still the proprietor of the Ballina Gas Company and was an uncle of Mr. W. Reid, the manager of the Gas Works in, Athlone. The day before his death he had attended the auction at Castlereagh outside Killala, a home of the Knox family. Thomas John Reid was buried in the church yard of St. Michael’s Church Ardnaree where his headstone can be seen today. He was respected as an authority on all matters pertaining to gas works and was sought as a speaker at meetings of gas managers that took place all over the UK. It was noted that after the death of Mr. Reid, his daughter Miss Beryl Reid would continue as manageress and that the gas works would operate as it always had. However, one year later in 1937, J. Molloy & Sons, Building Contractors from Ballina acquired the Ballina Gas Works owned by the late T.J. Reid. 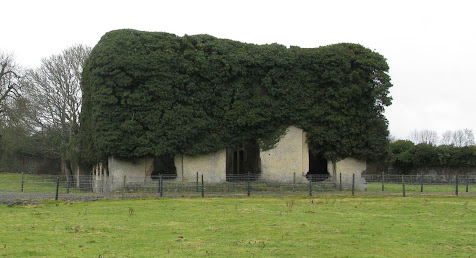 Beryl Reid, was obviously an entrepreneur like her father and had various enterprises at Carramore, the new Reid family home after Highfield.  Visitors to the house were amazed at her achievements in the garden as she had created intricate planted beds in front of the house. Miss Reid appears to have been an enterprising woman for her time as she had constructed three large glass houses, one alone measured 125 x 30 foot and this was in addition to the two older smaller glasshouses that already existed on the site. In July 1935, she had over 2,000 tomato plants growing and 10,000 chrysanthemums plants waiting to go to market. In the 1930's Carramore was also advertised as a guest house, so it appears Miss Reid was doing everything possible to make an income from the property as due to Thomas Reid’s death. In 1939, the house suffered a fire, one bedroom was destroyed and it was reported that two sisters Phyllis and Beryl and their invalid mother, Florence, were present in the house at the time. The fire, started by a wireless set, was fought by the sisters for three hours on their own with buckets of water. In April 1944, Beryl's and Phyllis's mother died and she was buried in St. Michael's Church in Ballina.  In August 1946, Carramore House was advertised in the national press for auction under the instruction of the representatives of the late Mrs. Florence Eleanor Reid, in the advertisement the house is described as 'a Magnificent Gentleman's Residence'. The accommodation of the house extended to four reception rooms, lounge, front hall, kitchen and twelve apartments (which must mean bedrooms). The grounds included a walled garden, coach house and tomato houses with room for 3,000 plants. A person who visited the house in the 1940's recorded that the family had only retained forty acres around the house and that the library of Carramore contained over 3,000 books.  In November 1957, it was reported that Carramore was to be demolished as it had recently been purchased with its land by two local farmers. By 1980, it was reported in the local press that Phyllis and Beryl Reid were living in Jersey.

The Reid’s former home Highfield has been the Bishop of Killala’s residence for nearly 100 years and remains one of the most recognisable landmarks in the town. The Reid Gas Works now long gone, were located on the site beside the river where the Ballina Manor Hotel is now built today. The Reid connection and contribution to the development of Ballina is largely forgotten however Highfield House endures as a lasting testament to the ambition of Thomas John Reid.