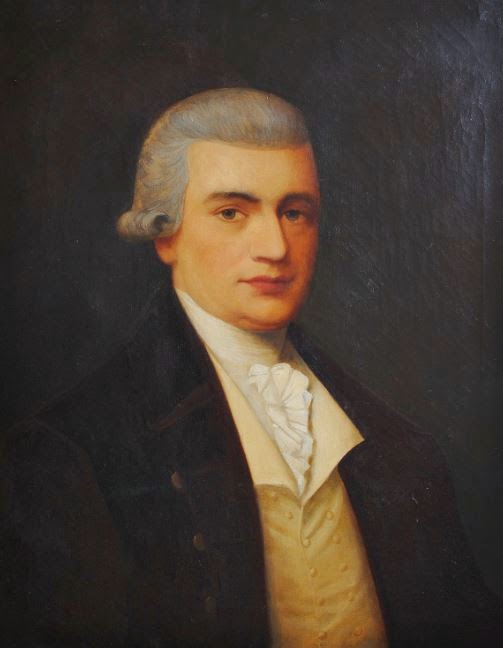 A number of years ago I purchased a painting of gentleman called John Walsh, as it was an affordable way of owning something that had an untold story maybe a mystery that one day I could possibly uncover. While this painting might not be considered a masterpiece or created by a well-known artist, I often wonder about the life of the man in the picture, who he was and where he lived. The only clues I have is his name written on the back of the canvas and a number the labels on the stretcher suggesting that this painting has been on a journey over the decades. Many times when researching photographs for my books, I often give the walls of lost drawing rooms a quick scan to see if John Walsh might be staring back at me. So far I’ve been unsuccessful however the painting has lost none of its appeal as there waits a lost story of a life once lived, locked behind the face on the canvas.

The stories associated with these portraits fascinated me when I was working on my first book. In one instance in 2011, during a visit to Aras an Uachtarain, I noticed a painting of Constance Markievicz hanging on a wall at the end of a corridor. I had never seen this portrait before and as I began to research its background, I learnt about the happy period when Constance Markievicz spent in Paris just after her marriage before her well know involvement in 1916. This painting reminded me of the time when I attended the auction of the contents of Lissadell House in 2003 where I gazed at the famous Sarah Purser painting of Constance and her sister that hung in the dining room of Lissadell. This auction was a rare opportunity to examine this painting up close, in its original setting where it had hung from the time it was commissioned. Luckily after the auction this painting has remained in Ireland however the portrait of the Gore Booths sisters is now separated from the portraits of their parents which still remain in their Sligo home.

When researching this book I became aware of how insular the world of the country house and the artist had become in the early twentieth century. The artist William Orpen was a friend of Oliver St. John Gogarty, who in turn was a friend of Yeats; who in his youth was a familiar figure in Lissadell in Sligo, the home of Constance Gore Booth.  Yeats also visited Coole Park the home of Lady Gregory who was the aunt of John Shawe Taylor, whose cousin Sir Hugh Lane recommended Orpen to the Fosters of Glyde Court.   Sarah Purser painted the Gore Booths in Lissadell and who also set up An Tor Gloinne with encouragement from Edward Martyn who was a cousin of Maurice Moore of Moore Hall.

As I criss-crossed the country gathering information in relation to the portraits, their subjects and the country houses, I was amazed how scattered information relating to these subjects had become. Photographs and information were deposited all over the country in archives, galleries and private collections. However in one rare instance in Drishane House in Co. Cork, much had remained the same. I was delighted to discover that items that appear in the portrait of Violet Martin still remain there today, over 120 years later. Likewise you never know where a story relating to a painting may take you. When I visited Renvyle House in Galway I heard the story of Oliver St. John Gogarty’s yellow Rolls Royce which took me to Northern Ireland where the vehicle has been magnificently restored after being buried in a bog for decades.

Over my time compiling the book I was granted unprecedented access to art galleries, private art collections and some of Ireland’s great country houses where I met some interesting characters, collected wonderful stories and captured numerous photographs along the way. I am indebting to my publisher who has given me this great opportunity to create this book which I hope sheds some light on the portraits of those individuals whom I have gathered together in this book.

My second book is now available from all good book shops and also by clicking on the link below:

http://www.collinspress.ie/irish-country-houses-ii.html
Posted by David Hicks at 13:52